Return to All News 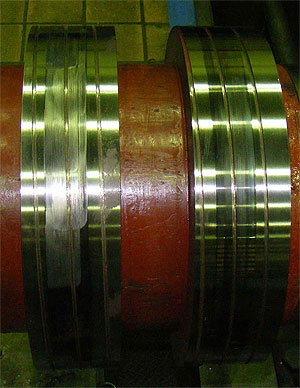 A large, privately owned company in the southeast U.S. had a 35 MW turbine generator undergo a major rotor overhaul. During this major, new collector rings and new after market, cartridge-style, plug-in holders were installed by a contractor. These new holders were recommended and sold to the plant by an independent sales representative. Within 6-months after startup, the plant experienced photographing (also called imaging, ghosting or footprinting) and arcing on both polarities on the collector rings. The plant notified the contractor for support and was advised that the problem was with the brush holders and directed the plant back to the sales representative. The sales representative advised the plant that the holders were installed incorrectly and directed the plant back to the contractor. The contractor disagreed and blamed the brush holders. Plant personnel were caught between the sales rep and the contractor. The brush holder manufacturer was contacted and told the plant that the installation was to blame. The plant adjusted all the brush holders with no improvement. The independent representative eventually recommended the plant purchase “surface rounding brushes” to address the problems. The plant purchased and installed the rounding brushes until the photographing and arcing disappeared. Within weeks both the arcing and photographing returned. The plant continued to install the rounding brushes weekly. After nearly a year of operation in this manner, an unplanned outage occurred and inspection revealed that some locations of the rings, had up to 0.090 inches of metal removed. The plant was never able to get support from the contractor or independent representative at solving the ongoing arcing and photographing problems and contacted Cutsforth™ for a long-term solution.